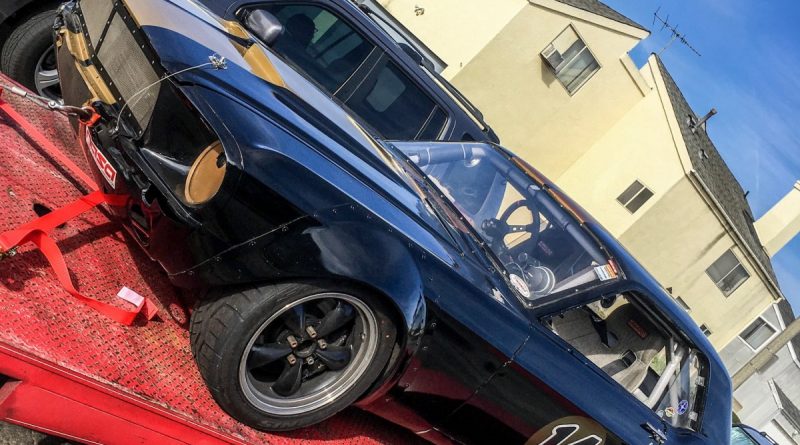 AutoXandTrack is excited to announce that our 1967 Road Race Mustang is going under the knife for a round of major upgrades! Round one will kick off with the installation of a full TCI Engineering suspension. During this time we will also be doing a few other bits including rebuilds of the transmission and rear end, replacing the locker with a TruTrack and upgrading the wheels and tires from 275’s to 315’s.

There are a number of reasons I wanted to make the change to the TCI Engineering Mustang suspension. First and foremost, the old school leaf spring based 3 link broke during the car’s first event. In fact, it showed signs of previous breaks and repairs. Second, proven performance. I have confidence in TCI Engineering from having it in the AutoXandTrack Camaro. The TCI Camaro subframe and torque arm transformed the Camaro into a race winning car. Not to mention, I’ve driven the TCI Mustang and have seen the performance potential first hand.

Third, the TCI Mustang front suspension will allow me to fit a 315 front tire. Despite the 3.25″ Maier flares I was limited to a 275 front tire. This is due to the spindle design of early Mustang causing the upper ball joint to be in the way of wider wheels. A custom drop spindle can get around it but you still don’t get ideal geometry. The TCI camber gain, ackerman and bump steer are all better than stock and MII based designs.

Also, as I plan to eventually run this car with NASA American Iron, the removal of the shock towers gives me the option of running a Coyote engine. The HP to weight ratio rules of AI make a stock Coyote a great reliable solution. Finally, AutoXandTrack was fortunate enough to get access to a lift to do the work ourselves at the TCI Engineering R&D center.

The pics in this article show that we are well under way with the Mustang’s transformation. To date I’ve put in about 4.5 days of labor. It took me about 2.5 days to completely strip the car down to it’s shell. Included, is transporting the car to the shop. Also, given the 1+ hour drive each way I don’t get to get more than 6-7 hours in per day.

The next 2 days I stripped the axle down to the bare housing and cut out one side of the shock tower as well as the strut bar and sway bar braces. Many in the Mustang community view the removal of shock towers as blasphemy. In some respects it’s even more so on this car. The previous builder may not have been able to weld a cage very well but he did an excellent job reinforcing everything in the front end. There is an abundance of extra bracing on both sides of the shock towers as well as seam welding everything.

In fact, if it wasn’t for all of this extra bracing I think I’d have both shock towers out already. As it is, I expect the removal of the front shock towers to take about 3x as long due to all the extra metal I have to cut out.

We are full steam ahead on prepping the front end but there are a few issues at the back of the car. Maier Racing advertises the rear flares as 3.25″ wider. And on a 67 Mustang you only need about 2″ additional clearance to fit a 315 rear tire. Most achieve this using a mini tub. However, mocking up a 315 tire off the rim revealed that it doesn’t fit. Further, that the Maier flares are adding only about 1.5-1.75″ of additional usable clearance. I need to investigate this further as a minitub was not in the plans or budget for this project.

A goal for v2.0 of the AutoXandTrack 1967 Mustang is the ability to use the same wheels front and back. Currently the rear axle is 62″ wide or about 2″ wider than OEM. This results in an odd situation for a muscle car where the rear end would have more backspacing than the front. Until we get the front suspension mocked up and determine the backspacing / offset requirements we will have to hold off welding the torque arm brackets to the housing. If necessary, I want to shorten or get a new the housing to ensure we can run the same offsets front and rear.

Speaking of offsets. I’m trying to decide which direction to go for the new 18×11 wheels. I’m currently considering the vintage Trans Am racing inspired LT-III or either the Forgestar F14 or CF5. I’d love to run a set of Forgeline’s but they aren’t in the budget for this build.

First of all, we will show the install of the TCI suspension in a future episode on YouTube! After the suspension is installed and initially sorted we will move onto the roll cage. Because the main hoop is the cornerstone of the cage and was damaged by the 3rd link failure we will likely have to remove the entire cage and start from scratch. Also, we will be installing a new aluminum Fuel Safe fuel cell, new date coded seat belts and a few miscellaneous odds and ends to to make the car wheel to wheel ready.

And yes, I still plan to wheel to wheel the car with VARA and NASA American Iron. American Iron will require running 275 tires and a slight detune of the motor. It may also make an appearance or two at the American Muscle Cup time trial series and NMCA Autocross series. 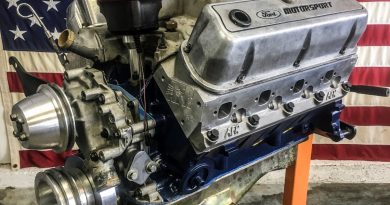 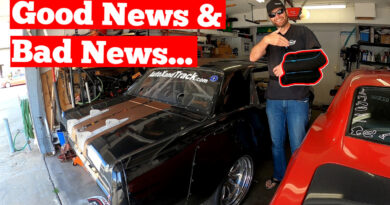 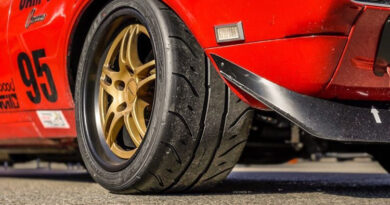