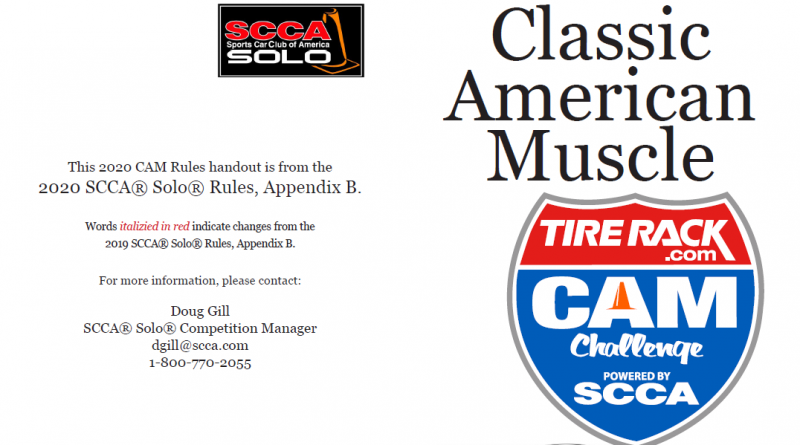 The SCCA released the 2020 rules for the popular Classic American Muscle (“CAM”) classes. As is becoming common there are some big changes this year. Some touch on long standing requests and some might be more of a surprise. CAM rules discussions frequently attract hundreds of comments on the CAM Nation Facebook group. However, the guys that set the rules for CAM, don’t closely monitor and participate in this page. As such, AutoXandTrack had a call with Raleigh Boreen to discuss the changes for 2020 and some of the thinking behind the things that changed and those that didn’t.

In order to ensure this article is as accurate as possible I’ve delayed the release to make sure Raleigh was able to read it in advance and correct anything I might of misunderstood.

The vision for SCCA CAM

My interview with Raleigh touched on this several times and I believe it’s important to share some of his comments here. Its widely understood that the origin of the CAM class was to recruit from the pro touring muscle car crowd running with Goodguys autocross, Optima Ultimate Street Car and other muscle car focused events.

As noted in the rules this “these avid enthusiasts would largely be a new and different group to join us as SCCA® members and participants.” Overall, the class has been a huge success. One example, double digit % increases in attendance at every event paired with a CAM Challenge in 2019 compared to the same event in 2018.

Important to Raleigh is that the muscle car enthusiasts CAM was designed to attract were folks that have a strong passion for muscle cars. Right now, most participants are running cars they passionately built and want to drive as opposed cars designed only to win. Raleigh wants the class to remain a place where these passionate builders can bring their car and be successful.

Probably the biggest change to CAM was moving the 4th gen Camaro and SN95 Mustang from CAM-C to CAM-T. Most people I’ve talked to or who have commented on social media fall into one of two camps. Either they feel that these cars are generationally too far apart from the 60’s and 70’s pro touring muscle cars that launched CAM and not “classic” enough. Or they fall into the camp of these cars being primarily stick axle cars based on 70’s-80’s suspension design and therefore they will be more competitive in CAM-T versus taking on the newer Mustangs and Camaros in CAM-C.

However, according to my call with Raleigh, the primary reason for this rule change wasn’t which class these cars fit in from a competitive standpoint and more to do with low numbers in CAM-T and low turnout of 4th gen Camaros and SN95 Mustangs. At the regional level, CAM-T is low participation in most of the country. There are a few regions where that is an exception with Raleigh recognizing that San Diego is the outlier with a regular field of 20+ CAM-T cars every month.

The hope is to attract more cars at the region level with this change. Also, to make it so that fully prepped late model cars don’t have to add 200-300 lbs of ballast to make CAM-C minimum weights. This change will be “watched like a hawk” to ensure competition in CAM-T remains balanced.

CAM drivers love to engage in lively rule “discussions” on Facebook. However, one thing nearly universally agreed on was a larger splitter allowance. The SCCA has heard you and went with a rather generous 6″ allowance beyond the OEM bodywork. Compared to the 0″ before this is a huge change! Better yet, CAM eligible cars that were running in other series such as Optima’s Ultimate Street Car, GoodGuys, etc. will no longer have to remove their splitters when running with the SCCA.

Previously SCCA CAM rules were silent on diffusers. Now, they are specifically allowed but may not extend farther forward than 6″ and can’t extend out the back beyond the bodywork. From talking with Raleigh, the decision to spell out a diffuser allowance is due new Camaros and Mustangs having diffuser like equipment from the factory. However, the reason for the 6″ forward limit is to intentionally prevent folks from building diffusers that extend all the way to the rear axle. Which, effectively means only cosmetic diffusers are allowed.

Since the beginning of CAM Raleigh has repeated that the goal of the class creators is that CAM cars should always be immediately recognizable as the streetable version of their OEM counterparts and not race cars or track cars. The track weapons Ford and GM have been producing muddy the water a little bit and is part of the reason for the splitter and diffuser allowance.

From talking with Raleigh this is strictly related to the aero that comes on the car from the factory. Again, the class focus of streetable muscle cars rather than purpose-built track cars influences this decision. The aggressive splitter, canards and wing aren’t part of that. Banning this car also means that other C7 owners can’t retrofit ZR1 parts to their non ZR1 Vettes. Raleigh is aware that the ZL1 Camaro comes with this wing. They are monitoring the ZL1 Camaro and wing retrofits closely.

Raleigh and the CAM rule makers were worried about this becoming a “can of worms.” With the lack of information or background on the potential impact to the class they felt that at this time this was the right move. As electric drivetrain swaps gain momentum and more information on their impact to CAM this rule could be revisited.

Does a CAM modification have to be specifically allowed in the rules to be legal?

The short answer is, it depends on who you talk to. There is not currently a consensus within the CAM rule makers.

A few years ago, I wrote to Doug Gill at the SCCA to ask if diffusers were legal in CAM. I also asked the broader question as to whether a modification was legal if there was no rule in CAM prohibiting it. At the time, Doug indicated that CAM rules work the same as other SCCA class rules in that if there is not an allowance for a given modification then it’s not allowed in CAM. He further explained that is why sections like the ” Brake, Steering, and Suspension Systems Allowances” and ” Engine and Drive Train Allowances ” exist. Those sections give unlimited allowances in these areas. If any mod was allowed that wasn’t expressly prohibited there would be no need to include an allowance section for brakes, suspension, engines etc.

However, Raleigh is on the opposite side where unless a modification is expressly prohibited then it’s legal. And to be fair, CAM rules don’t have the normal language of other SCCA class rules which explicitly state that any modifications not specifically allowed are prohibited.

During my interview with Raleigh I pushed for the CAM rule body to reach consensus on this and update the rules accordingly. A single simple sentence will resolve this. Personally, I think it should be Raleigh’s interpretation as that is most consistent with how most drivers interpret the rules.

Who makes the rules in SCCA CAM?

I knew Raleigh was heavily involved in developing the CAM class and establishing the rules and that Doug Gill is listed on the CAM rules as a point of contact, but I didn’t know who all was officially involved in deciding rule changes. Raleigh and his wife Velma helped create the class and are lifelong passionate muscle car enthusiasts. Helping them are Doug Gill and Howard Duncan from the SCCA who provide some continuity around SCCA rule making and thinking. Together the four of them decide and vote on rule changes.

Raleigh is always open to talking about CAM and receiving feedback. The best way to have your voice heard is to write an email to Raleigh or Doug Gill. Written letters to the SEB about CAM also find their way to Raleigh and his team. The huge Facebook rules threads in CAM Nation are generally not closely followed nor factored into rule making decisions.

From talking with Raleigh it’s surprising how few folks take time to actually write an email or send in letters regarding CAM rules. Personally, I’m kind of surprised since almost every CAM Nation rules thread blows up into 300+ comments.

If you disagree with any 2020 rule changes or think they didn’t go far enough, then send in your emails!!

Good news for those who would like to run in an more rules open class like CAM but with their import based car. Raleigh has been working on a proposal to the SCCA / SEB for a street mod street tire class that would be similar to CAM but for imports. I know of a few LS swapped import cars that would love to run this class! But, this class isn’t a done deal. If you want a class like this then please send in your letters/emails to Raleigh or the SEB!

What would it take to make CAM a National Championship eligible class? (Jacket class)

This topic comes up around the SCCA Solo Nationals each year. So I asked Raleigh the question. CAM has had the numbers for years to move from a supplemental to an official class. However, a large portion of the CAM drivers showing up at National level events and Solo Nationals don’t want this change. Also, with the success of the CAM class in meeting its objective of attracting new membership the SCCA aren’t in a hurry to mess with a working formula. The biggest change if this were to happen would be the class rules falling under control of the SEB.

The current format allows for faster responses to rule change requests and those rule changes are closely monitored by Raleigh and Velma, two die hard muscle car enthusiasts. For example, in the first year CAM was a single class but mid year they created the three classes we have now.

Finally, Raleigh points back to the vision of the class being populated by drivers who love their car and built something they wanted to drive rather than just building a car capable of winning a jacket. He knows several National Championship drivers who would jump to CAM the moment it becomes a National Championship eligible class but that isn’t the vibe they are going for.

Side note, I received a jacket when I won CAM-T in 2018. Rather than saying “National Champion” in huge letters across the back it says class winner on the front. Bonus, it’s subtle enough I can wear it to non SCCA autocross events. 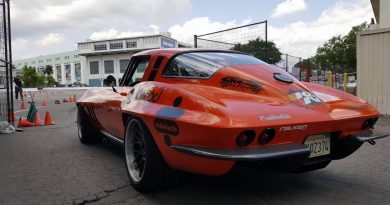 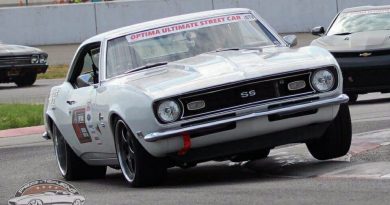